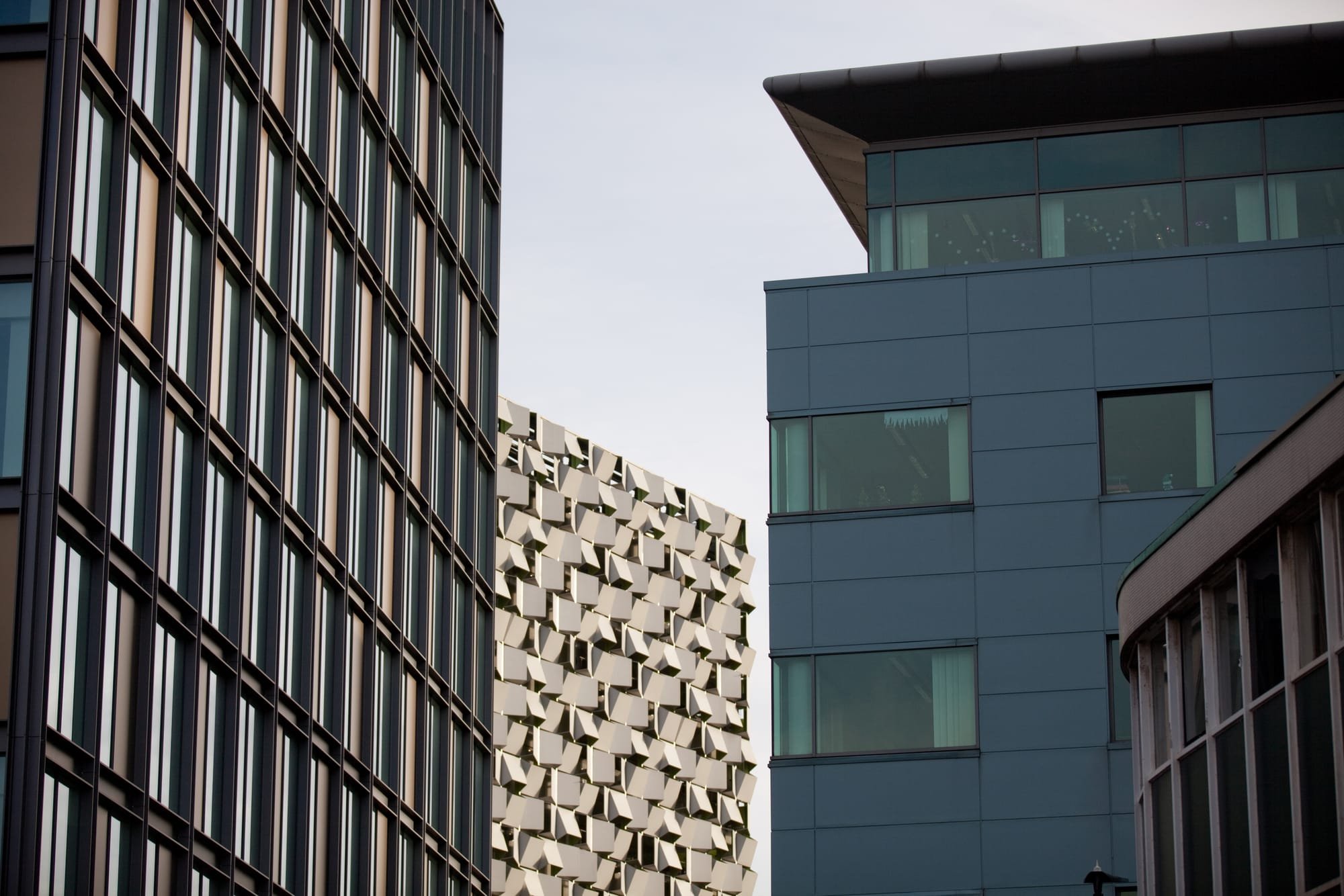 Heart of the City II

Heart of the City is being built in Sheffield city centre. Bordered by Pinstone Street and the Peace Gardens to the east, The Moor and Charter Row/Furnival Gate to the south, Rockingham Street and the Kangaroo Works to the west with Division Street, Fargate, Barker’s Pool & City Hall to the north. When complete, the £470m development will further enhance the connectivity and circulation of the city centre, linking together The Moor, Fargate, Barker’s Pool and the Devonshire Quarter.

The Heart of the City masterplan will deliver a dynamic mixed-use district as a commercial hub of the city centre. Proposals include premium retail brands, independent restaurants, Grade A offices, quality apartments, four and five-star hotels, and attractive public spaces.

More details about the Heart of the City can be found here.

Named after Sheffield’s first chief fire officer, Superintendent John Pound, a new 6,000m green space is planned for Spring 2022 on the former fire station site between Rockingham Street, Wellington Street and Carver Street if the proposals are given the go ahead. The plans include a cafe/bar terrace as well as a water play area, office space and an ‘urban orchard’.

Sheffield City Council has chosen a developer to refurbish one of the city’s most iconic heritage buildings and create a hub for independent retailers. Leah's Yard, in Cambridge Street, was the home of small industrial manufacturers in the 19th century. The once prestigious building has been abandoned for more than 20 years but is now part of the Heart of the City II scheme. Local company Sheffield Science Park Company (SSPCo) has been awarded the contract. Work starts March 2021.

The £50 million residential building, known as Kangaroo Works, located at the corner of Rockingham Street and Wellington Street, will deliver 364 new apartments for private rent, ranging in size from one to three bedrooms. At ground floor level, there will also be up to five commercial spaces ideally suited to cafés, restaurants or start-up businesses. The scheme’s unique name pays homage to the site’s heritage as a former tool factory that in the early nineteenth century. Work starts first half of 2021.

A £300m city centre scheme which is expected to create around 6,000 new jobs has moved a step forward after a planning application was submitted for the delivery of the £150m first phase. The West Bar development involves construction of a 100,000 sq ft office building and 368 build-to-rent residential apartments. The first phase is the office building, No.1 West Bar Square, which also includes ground floor retail and leisure provision.

At 39 Charles and Norfolk Street, the proposal is to demolish existing buildings and replace with modern, Grade-A offices which offer a stunning addition to the centre of the city's commercial quarter, complementing developments being brought forward as part of Heart of the City II. Currently in the consultation stage, details here.

With funding awarded in December 2020 from the Government's Future High Street Fund, a new £20m will start in early 2021 to complement Heart of the City II and The Moor's transformation. With this money Fargate and High Street are to be reinvented as 'social hubs'. One of the main elements is Event Central, a multi-use space that will be created in a building on Fargate previously used for retail - this will host events and exhibitions, as well as offering co-working facilities and a café. Seating areas, greenery and lighting are on the way too, along with areas to stage events outdoors.

Harris CM has now started work (March 2021) on a £1.5m refurbishment project that will see 45-47 Fargate transformed into a new retail / food & beverage environment. This was home to Next before the retailer moved to The Moor. Work includes the installation of a new façade as well as the creation of a roof terrace.

Following a bid to Government by Sheffield City Region, the city has been granted funding from the Transforming Cities Fund. This means that Sheffield can start improving its transport infrastructure to enable people to get around the city more easily using low carbon, sustainable and inclusive ways of travelling including walking, cycling and public transport.  For the city centre, more cycling routes will be developed; bus routes will be more direct to speed up journey times, improve reliability and reduce congestion. Walking around the centre will be a much easier and attractive option and will be complemented by green spaces. The Council's Connecting Sheffield proposal can be viewed here.