The Fringe at Tramlines 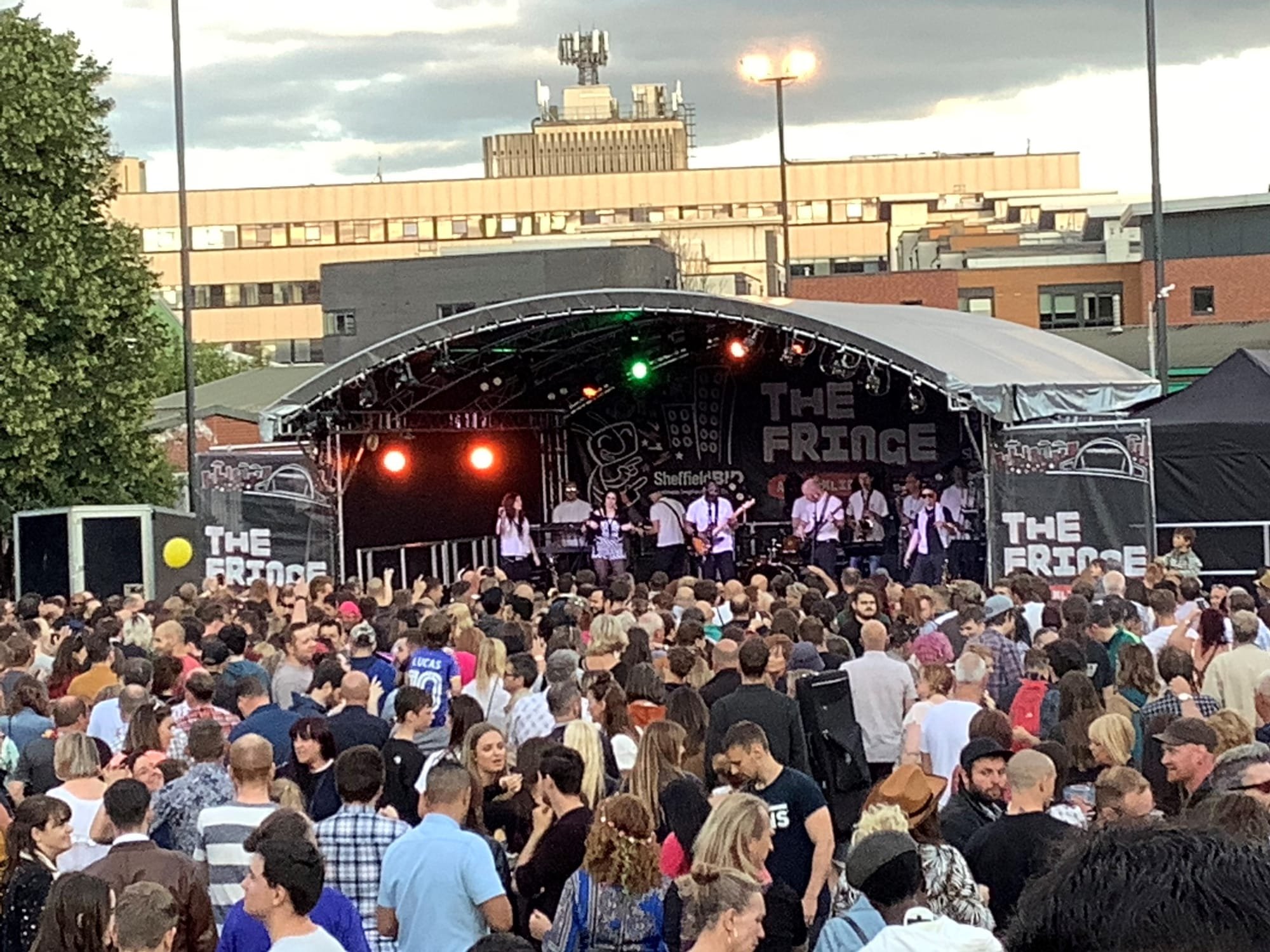 Supported by Sheffield BID, The Fringe at Tramlines promises a packed weekend of entertainment including free outdoor stages at Devonshire Green and the Peace Gardens.

The Fringe at Tramlines returns to Sheffield over the weekend of 22 to 24 July with a full programme of events following a stripped back festival in 2021.

With support from Sheffield BID, the city centre will be bursting with music and entertainment over the weekend as people take to the streets for the biggest party of the year. The free outdoor stages (Devonshire Green and The Peace Gardens) and Sheffield city venues, bars, pubs and clubs will feature a huge array of live music and DJs, creating a unique festive atmosphere across the city centre and beyond.

"The Fringe at Tramlines stage on Devonshire Green is going to be brilliant this year and I really relish the chance to put some of the city’s finest musicians on the stage. With the Women’s Euros in town, and both footballers and supporters coming here, there’s an emphasis on women in music, with five female DJs playing over the weekend, a 60 strong female choir and some truly talented musicians gracing the stage.

"Following a big success last year with this format, The Peace Gardens will feature DJs with a multitude of music genres that are guaranteed to get people dancing."

"The Fringe at Tramlines takes Sheffield back to where the festival started over a decade ago, showcasing our city's rich local talent. It's an amazing line up once again, that reflects Sheffield’s cultural diversity and celebrates the strength of our creative industries, with two days of free live music from the Devonshire Green and Peace Gardens stages, and loads of extra activity from across Sheffield's fantastic bars, pubs and clubs.

"And this year, with the new app it's even easier to plan your weekend so you don't miss out on all the brilliant performers across the weekend. Whoever you are, whatever you love, The Fringe at Tramlines has got it covered, the city will be buzzing and we can't wait to see everyone coming together to enjoy all that's on offer."

"As we continue our recovery from the impact of the past two years on hosting major events, The Fringe at Tramlines continues to play a key role in driving footfall into the city centre and bringing welcome dwell time and spend for our businesses. We look forward to seeing the significant boost that visitors to this year’s Fringe event will bring to the city centre.

"The Fringe at Tramlines has been one of the BID’s signature festivals from the beginning and we look forward to playing our part in helping to create yet another vibrant and colourful experience for our city centre visitors."

For information about the event 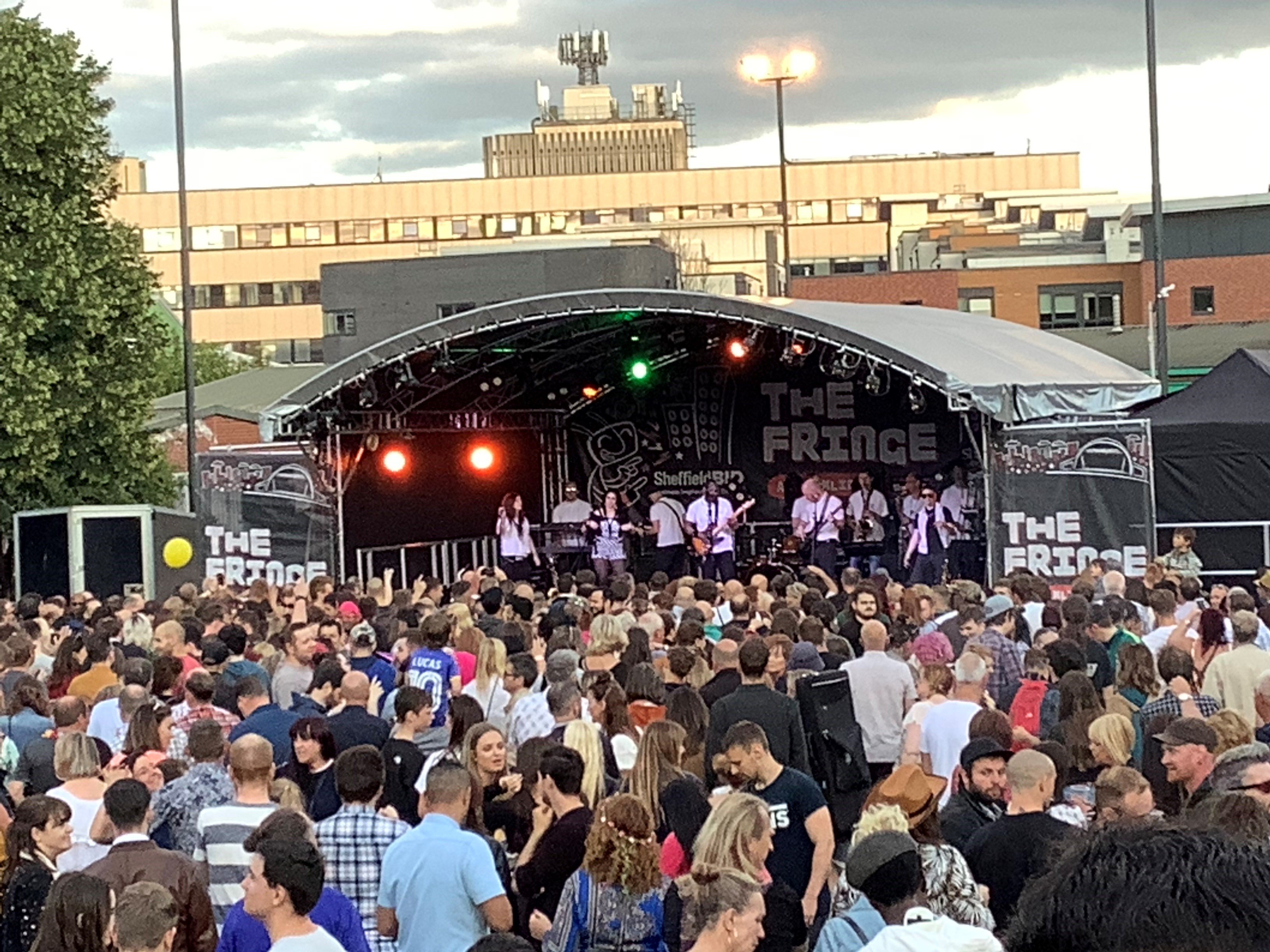 The main arena for the Fringe at Tramlines at Devonshire Green will feature a large stage and a fantastic range of food and drink. Curated by local legend Papa Al, this stage aims to include a diverse range of music representing the great variety of culture in Sheffield.

The hosts for Sunday will be Penny and Johnny.

Sunday will also feature SIle SIbanda and Record Junkee DJs whilst Henry e from The Orielles will play an Indie Rock set and Emily Pilbeam will play the best unsigned, undiscovered music from across the region.

With so much musical entertainment being hosted across the city, Sheffield City Council has partnered with app developers Woov to create a brand new mobile app that will include a comprehensive guide to everything that’s taking place over the weekend. The free app can be downloaded for both Android and Apple devices using the link woov.to/tramlinesfringe.

The Welcome to Sheffield webpage also features dedicated ‘The Fringe at Tramlines’ pages and is a great source of general information about Sheffield. It has suggestions for discovering areas around the city to eat, drink and hang out over the whole weekend.  www.welcometosheffield.co.uk/thefringe.

A printed programme is also being produced by Exposed Magazine and will be distributed across the city in advance of the event with digital version via the Exposed website. https://www.exposedmagazine.co.uk/ 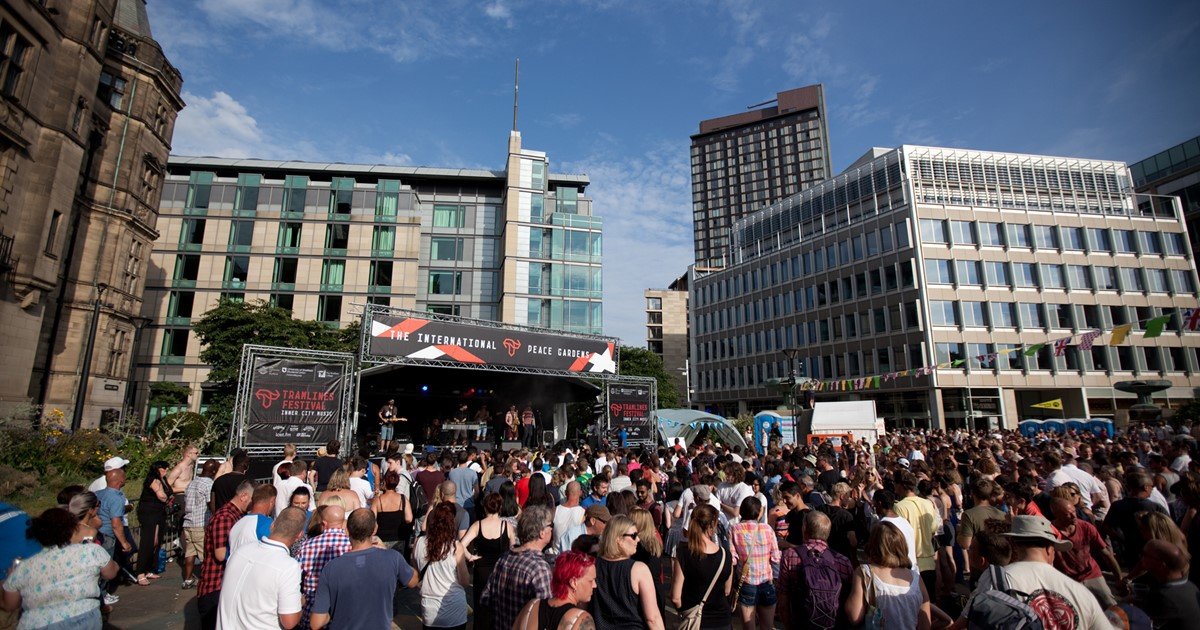